Image credit: source
One of these factors is in-vehicle technology. We’re talking about a car’s ability to be just as connected and up-to-date as a smartphone, for instance.

FCA, the group that sells a number of brands globally, including Chrysler, Dodge, and Jeep, introduced its infotainment/connectivity system back in 2003. It called it Uconnect, and it proved to be a reliable technology. So much so, that in January 2020 the fifth generation Uconnect was introduced.

Logically, this latest version of the system is the “most advanced Uconnect system ever,” and it relies on the Android car operating system to work it’s magic. Coupled with powerful new hardware, the system should be faster, better and more connected than ever before.

So, how is the new one different than the one that came before it? What’s new, and what are the new possibilities that open thanks to Uconnect 5? Read all we know in the lines below.

Until this generation, the Uconnect was based on a Powernet architecture. That changes as of now, as an Atlantis one was chosen.

The system comprises a reworked and upgraded 50K MIP chip, comes with 6 GB of RAM and, depending on configuration, up to 64 GB of flash memory. All these combine to give the system an alleged operating speed that is five times faster than what came before it.

Also, Uconnect 5 supports integration with four displays, with various aspect ratios. They include “the screen with the most area ever offered in an FCA car,” with 12.3-inches.

The interface that helps humans control Uconnect has changed too. First, it offers several customization options, and can store up to five user profiles, and a valet mode.

The interface is card-based, meaning you can move, group and personalize whatever features you find useful. Each card opens to reveal information and a series of icons, depending on the application. FCA promises from the first gesture to the time the desired app or info is accessed, no more than two button pushes will be needed.

Unlike some of the other systems on the market, Uconnect promises to perfectly blend in its surroundings. The orientation, materials and colors of the screens have been developed together with FCA’s interior teams, meaning, for instance, the backdrop of the screen will match interior colors. Also, screen graphics have been personalized to each of the company’s brands, and even further to each trim level.

As for user profiles, they basically mean up to five people can store their preferences and access them when needed. Not surprisingly, these preferences must not pertain solely to the infotainment system itself, but are also linked to other of the car’s features.

That basically means each selected profile will not only bring up the stored cards on the screen, but will also prime the car for the person using it by modifying things like temperature, seating position and mirror position.

Because it’s Android-based, Uconnect practically gives a FCA car the same capabilities as a modern smartphone. That includes an incredibly wide range of applications, more than enough connectivity means, and even over-the-air-updates. 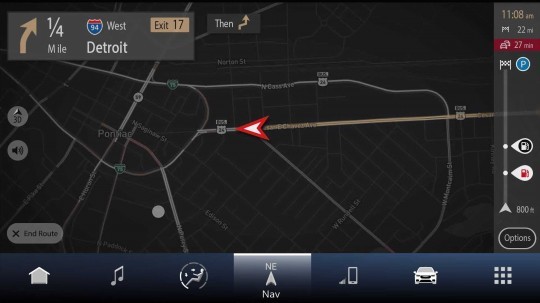 Connectivity-wise, there are wireless connections for both Apple CarPlay and Android Auto, phone connectivity for up to two devices simultaneously, and an improved 4G LTE Wi-Fi hotspot, one that is so fast FCA claims it’s borderline 5G.

As with any such modern-day system, Uconnect can be voice-controlled, including by using the world’s favorite assistant, Alexa. For the fifth generation, integration with Amazon’s wonder AI has expanded to bring Alexa directly into the car.

For the first time ever, voice recognition will be available across the product lines, and should be capable enough to understand phrases that would otherwise “be understood in human-to-human conversation” only.
Until now, for Uconnect’s voice assistant to wake up, one had to push a button. That changes as of now, as there’s a wake-up phrase to activate it, one that depends on the brand of the vehicle.

Considering the fact FCA plans 30 electrified models by 2022, charging needs have also been taken into account when creating Uconnect 5. As such, the system is ready to make suggestions for recharging (also on refueling for ICE cars), and it even prompts drivers to choose between nearby gas or charging stations.

The app that comes with Uconnect has been significantly improved as well. It allows control over some of the car’s features (engine start, door lock/unlock), but also sends out notifications and even calls for help “if the vehicle senses a crash has taken place.“

The app gives police access to information about a vehicle’s location in case it is stolen, but can also be used as a parenting tool: parents are alerted every time boundaries, curfews or speed limits are broken by the kids driving the car. Not even trying to trick the system by engaging Valet Mode works, as the app immediately alerts parents when someone is driving the car in this mode.

For now, FCA did not say when the rollout for Uconnect 5 will begin or what cars will get it first. Plans seem to be for a global availability though, as FCA said it should serve the needs of “vehicle owners in more than 150 countries.”

The best Android phones you can buy right now (Summer 2019)