About a month ago, a hot new social media app took Japan by storm. Its name was Crabhouse, and it let you enter a virtual room – dare we say “clubhouse” – full of crabs. By tapping individual crustaceans, users can learn facts about these fascinating animals or simply what’s on their minds.

We too joined the rapidly growing ranks of Crabhouse members, and learned firsthand why it had gotten over 150,000 downloads and nearly 2,000 five-star reviews on the App Store. However, on Feb 22, the Crabhouse trend hit a major speed bump, as announced in a distressed tweet by the developer who goes by the name “Gai.”

▼ “The Crabhouse update was rejected by the App Store! ‘The name is confusing’ was the reason! LOL But there are already other apps that go beyond that by having the exact same name as Clubhouse, so why is mine the ‘confusing’ one? How do I overturn this?! Engineers, help!”

SoraNews24 also looked into the matter and discovered that indeed there is another social media app called Clubhouse that seems to have developed a bit of a following. Frankly, it seemed kind of stupid because there wasn’t a single crab in sight, but to each their own.

▼ The number of crabs are dependent on the number of devices using Crabhouse at the time, and the room itself is based on one you might find in the RPG Mother. 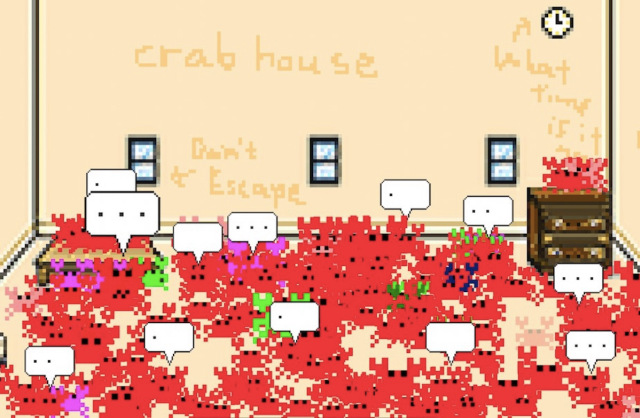 To English-speakers’ eyes the difference between “Crabhouse” and “Clubhouse” are quite clear, but that’s not necessarily the case in other languages. In Japanese, the pronunciation of the letters “l” and “r” are largely interchangeable, as are the English vowels “a” and “u” in many cases. “Crab” and “club” is one such case and to make matters worse, when rendered in Japanese katakana script they become identical: クラブハウス.

▼ Japanese users’ eyes would likely lock onto the “クラブハウス” below before mentally registering the “Crabhouse” above. 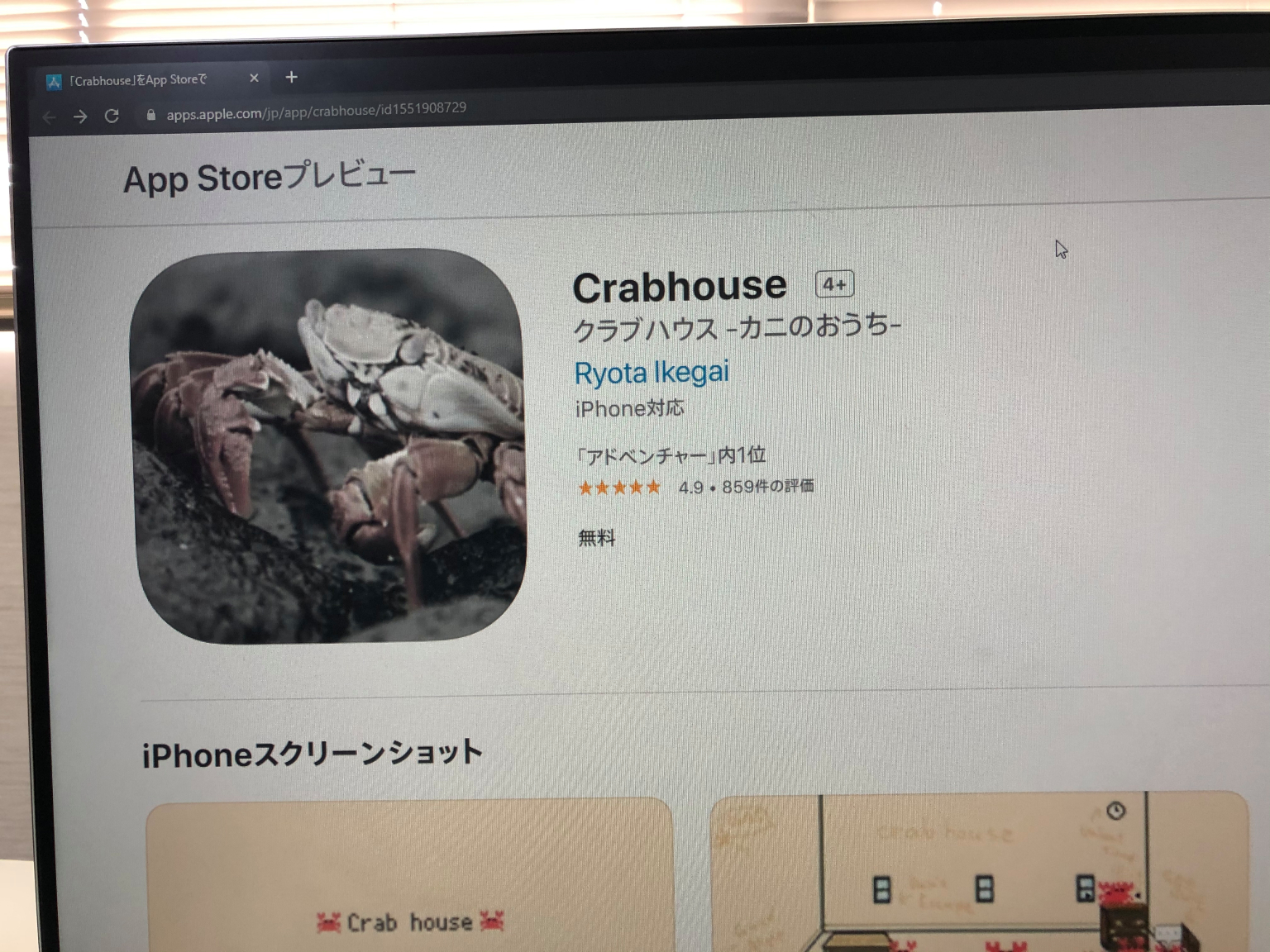 Since the other apps Gai found were different types of apps, such as games and project management software, it was okay for them to have similar names, kind of like how there’s an Asahi beer and Asahi newspaper. Even though Crabhouse and Clubhouse each contain completely different phylums of animals, Apple presumably took issue with the similar “bunch of things in a single space” concepts and sided with Clubhouse, the one that came first.

According to comments online, we weren’t the only ones able to link Crabhouse with Clubhouse, but opinions were divided on whether Apple made the right call or not.

“I guess they decided it was a rip-off of Clubhouse.”

“This is a common story for developers. Their criteria is trend-oriented and lacks fairness.”

“It’s sad about the name, but I still support them.”

“Apple is an American company and even they can’t distinguish L and R?”

“I don’t know the intentions of Crabhouse, but this system is necessary to prevent the App Store from being flooded with rip-off apps piggybacking on trending names.”

“But Apple has been ripping off the Big Mac for decades and getting away with it.”

“He should call it Crabhorse instead.”

“Apple is famous for suddenly banning apps that were previously approved. It depends on their mood.”

Apple didn’t ban Crabhouse outright, despite their issue with the name. They simply refused to allow Gai to update it, unless he did so with a revised name. Not wanting to compromise his vision, Gai stubbornly hung onto Crabhouse initially, much like a hard-shelled crustacean whose claw was tenaciously clamped on a struggling starfish.

Strangely enough, even while they were holding progress of Crabhouse hostage due to its name, Apple continued to promote it to other iOS users.

▼ “Apple just recommended Crabhouse to me.” 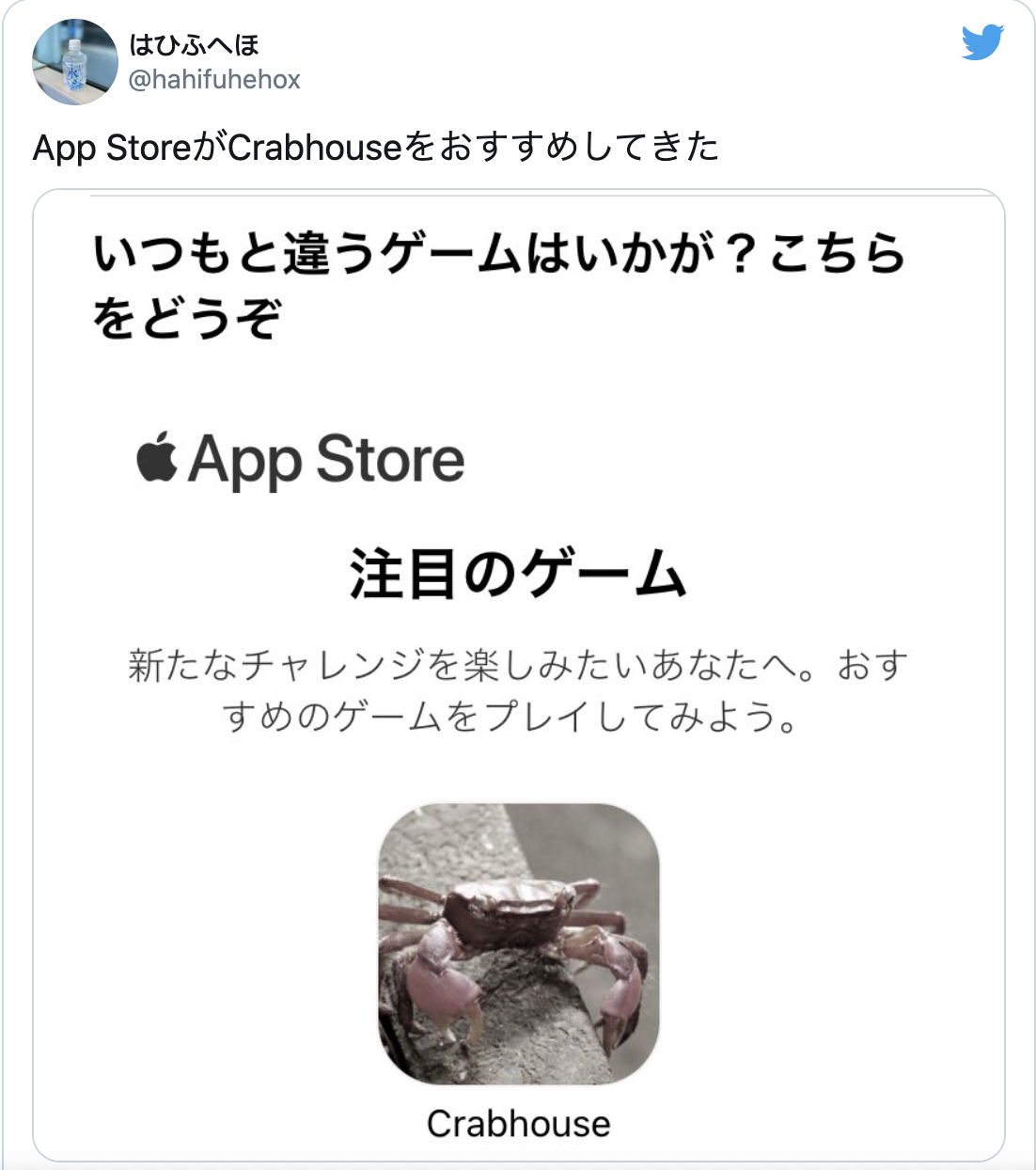 It would appear the worry that his Crabhouse users weren’t getting the full crab experience without the proper updates got to him over time, and Gai finally capitulated, changing the name to Crabhome in early March. Luckily, this is only for iOS devices, and the Android version will remain as Crabhouse because Google is just chill like that. 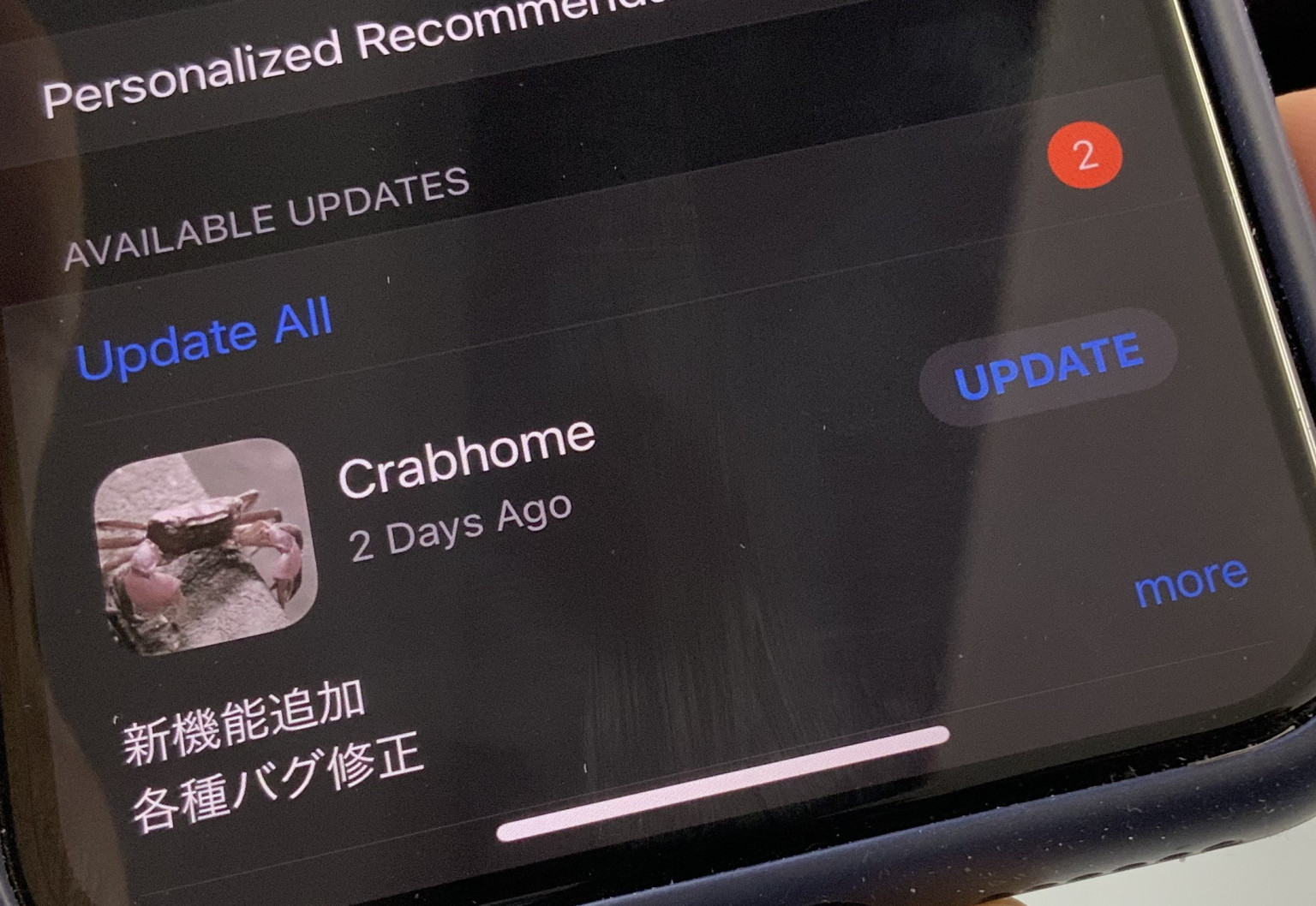