Rotor Riot has updated its great iOS and drone controller to offer more durability and button options for iOS users in 2021.

Previously, GeekDad reviewed the original Rotor Riot iOS controller in September of 2019. We were impressed with what they offered to mobile users who had been left out in the cold when it came to having an easy-to-use quality game controller that was compatible with their operating system, specifically on mobile devices such as the iPhone and iPad.

Though I am not an iPhone user, I am very fond of the iPad for reading comics and books. With that in mind, I downloaded the LUDU Mapp app required by the makers of Rotor Riot in the iTunes store. Once plugged in, my iPad found the Rotor Riot controller immediately. I next opened LUDU Mapp and verified that all of the buttons and sticks were reading properly. Everything was in order, and I was happy to see the addition of the R3 and L3 buttons on the thumbsticks functioning well. I use these buttons a lot when playing games on Windows and consoles, and it is nice to finally have them available in iOS. The device is compatible with over 1000 popular mobile games on the Ludu Mapp app, available worldwide. Users can play games such as Call of Duty, Genshin Impact, GTA, Minecraft, and more.

I decided to start my test out simply by playing a little LEGO Star Wars Saga. I have to say I really enjoyed my experience with this new Rotor Riot controller. The controller is a good size and feels very comfortable in the hands. Though I did not use the iPhone attachment, it is easy to see that it secures to the controller and the phone very solidly and simply.

All the buttons had very solid clicks and felt pretty durable. The sticks had no issues centering and staying centered. The one knock I may have is that the cord is intended to connect to a phone placed on the mount, so it is very short. Using it with a laptop or desktop Mac product would not be ideal without a lightning extension cable. There is a lighting passthrough so that you can charge the device simultaneously while using the controller if need be. As previously stated, the Rotor Riot controller uses a lightning cable, so if you have an Android or Windows device you are out of luck unless you grab the USB-C model, so make sure which you choose upon ordering. 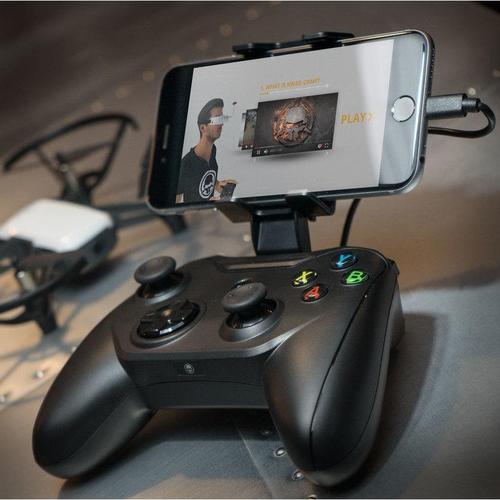 Rotor Riot is not just intended for gaming. The company’s main focus is that of drone flying, and the Rotor Riot controller is perfect for that task. The company is focused on drones and how to fly them, so the controller works best with the following models:

A sample of the Rotor Riot controller was made available by the manufacturer. Opinions expressed in this article are the author’s alone and not that of the manufacturer or editorial staff.

Liked it? Take a second to support GeekDad and GeekMom on Patreon!

WhatsApp to stop working on millions of iPhones and Android phones from February 1: All you need to know

Why Android Updates Takes So Much of Time?